The RCD 330 Plus is an aftermarket OEM / VW style touchscreen system that gives you a much needed upgrade without the High Cost. Natively it offers FM Radio, Bluetooth, USB, Aux and an SD Card Reader.

When you connect your Apple iPhone you’ll open the system up to Apple CarPlay. Carplay will supercharge the RCD 330 and give you access to a whole host of Apps such as Mapping via Waze or Google Maps, Music from Spotify and TuneIn as well as lots of other great applications.

One of the best features of the RCD 330 by far is the ability of upgrading your vehicle with full blown navigation using Apple Maps, Google Maps or Waze when your Smartphone is connected. Having features such as this is normally seen on high end navigation systems!

Listen to all your local FM Radio Stations whilst retaining the OEM look and feel. Links to your existing Roof Antenna.

The built-in Bluetooth module allows wireless connection of a mobile phone for hands-free communication. A very intuitive user interface makes it very easy to use and the built in microphone makes for easy installation. Bluetooth also enables audio streaming from the phone: audio content or even internet radio can be wirelessly transferred to your RCD 330.

Simply connect your iPhone to the USB port of your Alpine Halo9 and launch Apple CarPlay to communicate, navigate and stay entertained with your favourite smartphone apps. Most apps are Siri optimized so you can keep your eyes on the road. Apple CarPlay is compatible with iPhone 5 and newer.

If your vehicle has Genuine Rear or Front & Rear Optical Parking Sensors then when you engage reverse with the RCD 330 Plus it will show a visual representation on screen as per factory.

The RCD 330 Plus has the ability to support an Aftermarket Reversing Camera to give you a live representation on screen of the rear end of your vehicle.

You have the choice of playing your music via a range of different ways if you don’t have a Bluetooth or CarPlay enabled device. You have the option of SD Card, USB or 3.5mm Aux.

This system will only work with the above vehicles from 2010 onwards. 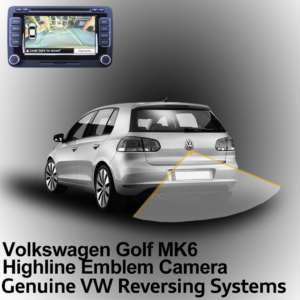 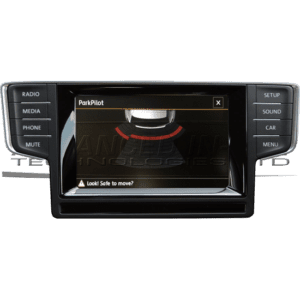 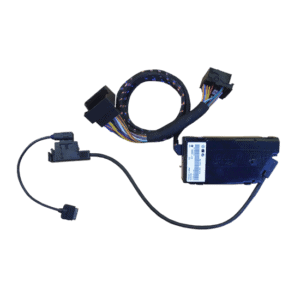 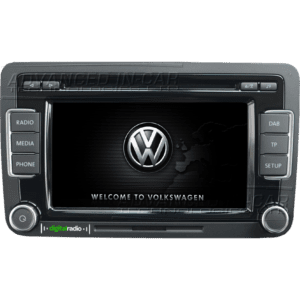 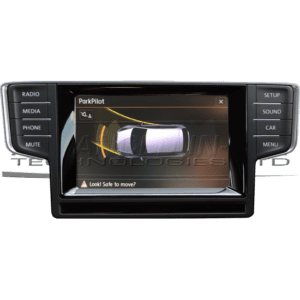 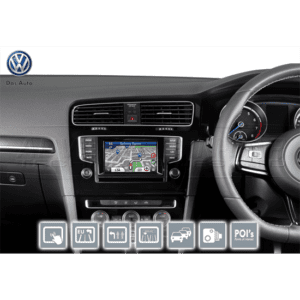