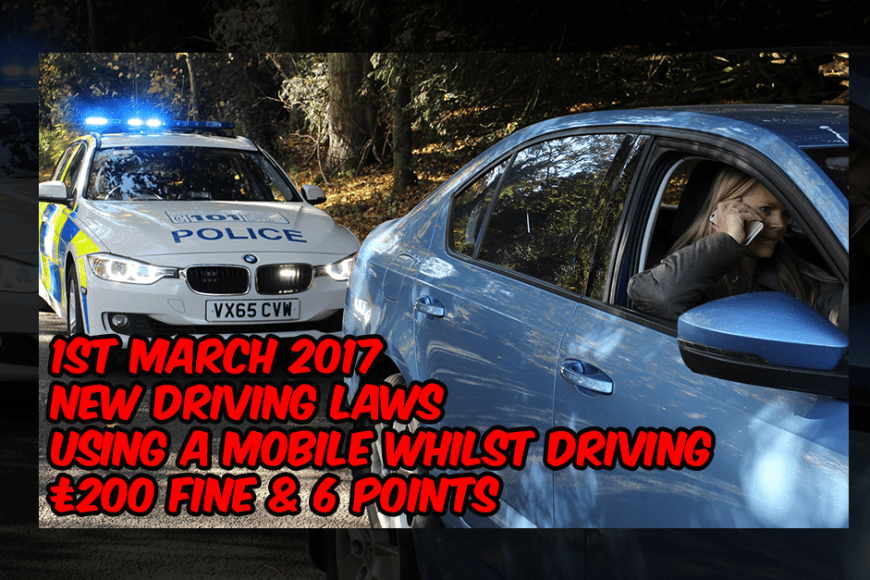 From the 1st March 2017 new rules laid out by the UK Government will be enforced by Police Forces in an attempt to curb the increased usage of mobile phones on our roads. The minister for Transport, Chris Grayling, said the use of mobile phones at the wheel was as socially unacceptable as drink or […]